This was a brassy amber gold that was made for a short time. The color was susceptible to cracking as it cooled, creating much waste. Marigold was discontinued after a short period. Several pieces of flashed Marigold have been located probably not done at the Heisey factory. An experimental color, called Gold, was similar to Marigold. However, when placed under a black light, Marigold glows, while Gold turns to a salmon red. U.S. Glass produced a color similar to Heisey’s Marigold and also produced much Octagon ware, confusing the origins of those pieces. The U.S. Glass plates seen have all been marked with their logo.Marigold will be found most often in the #1252 Twist pattern, but pieces were also poured in Marigold from #1229 Octagon and #1184 Yeoman. Stemware can be found in #3368 Albemarle and #3380 Old Dominion. 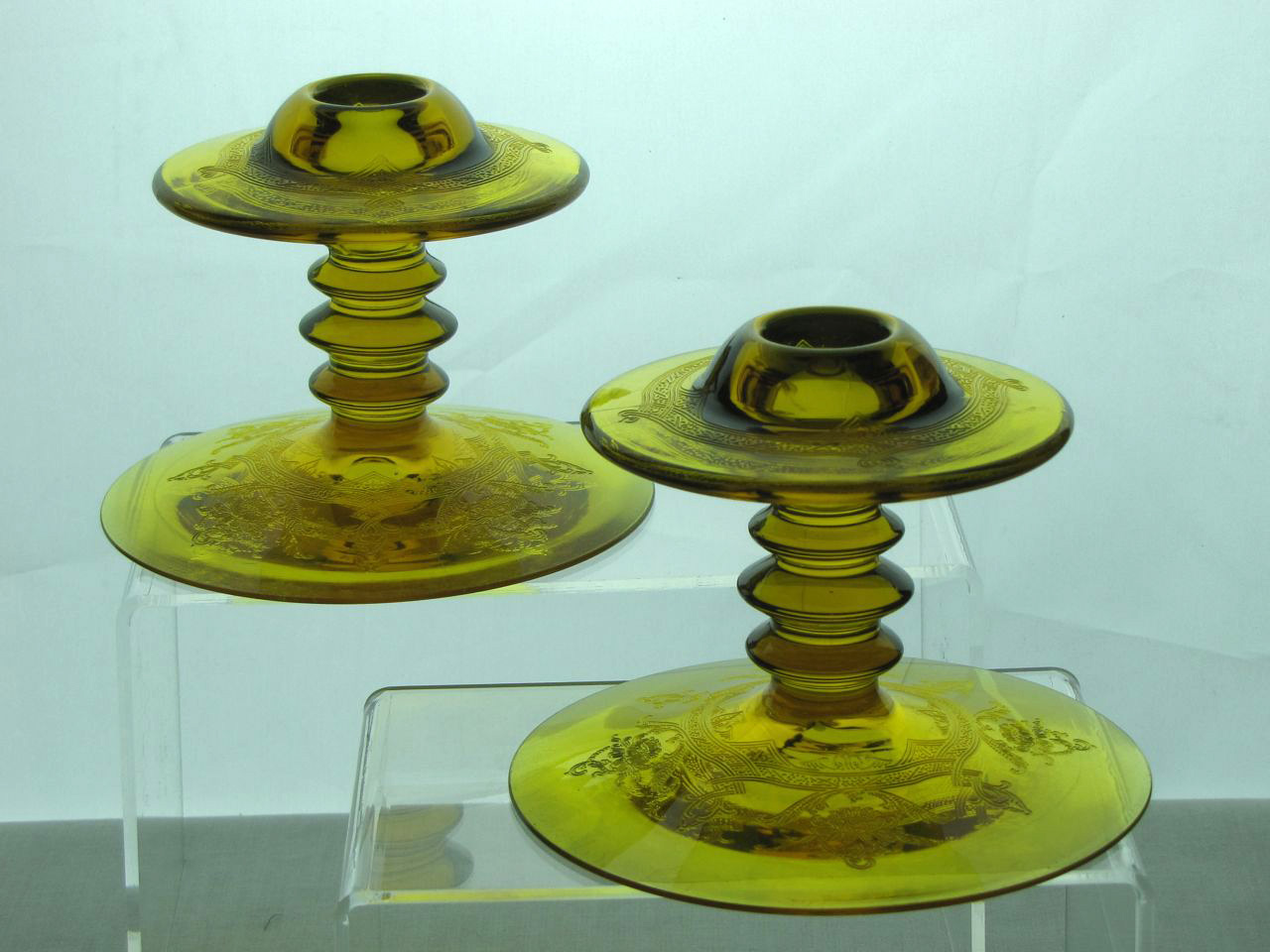 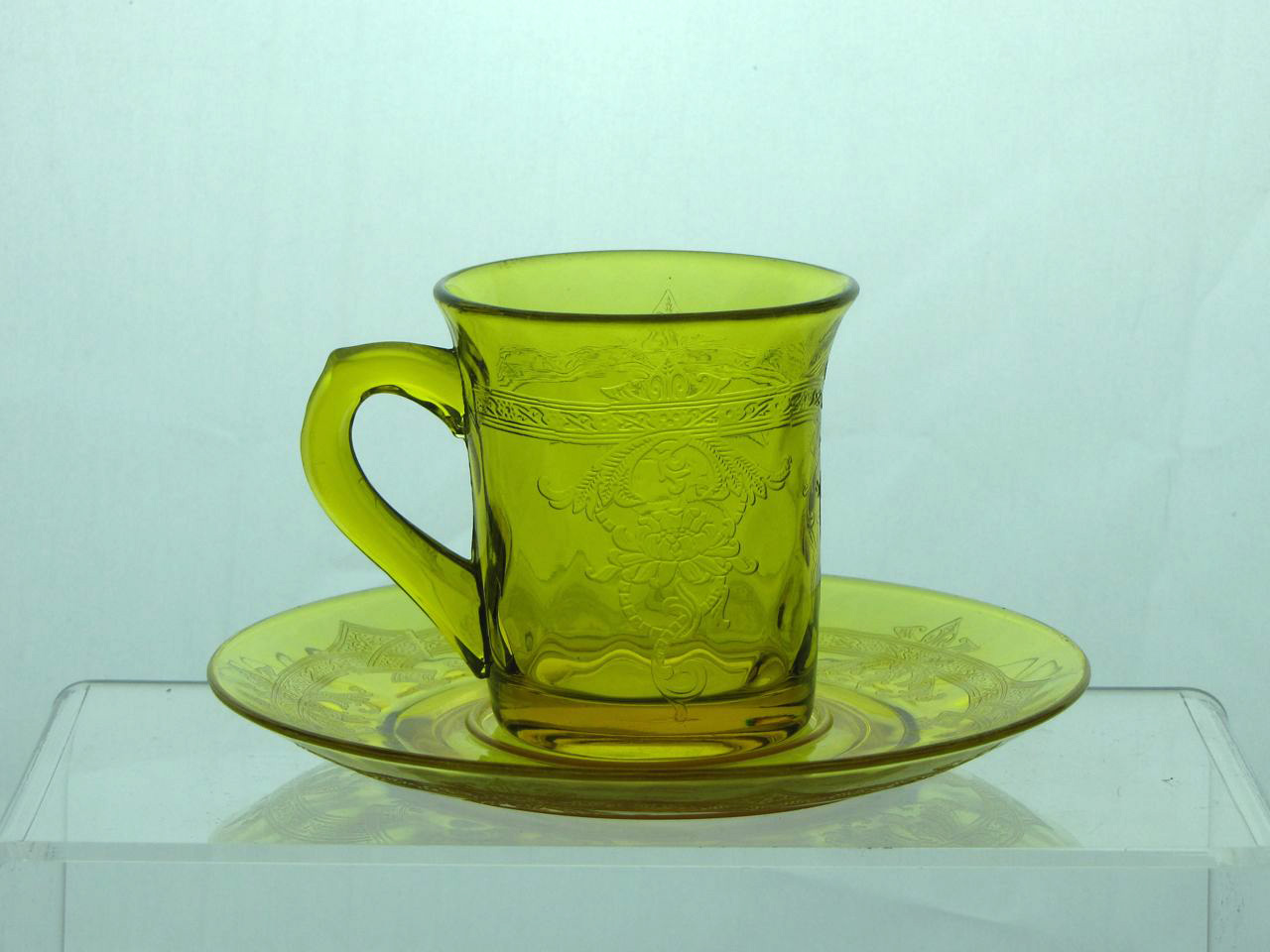 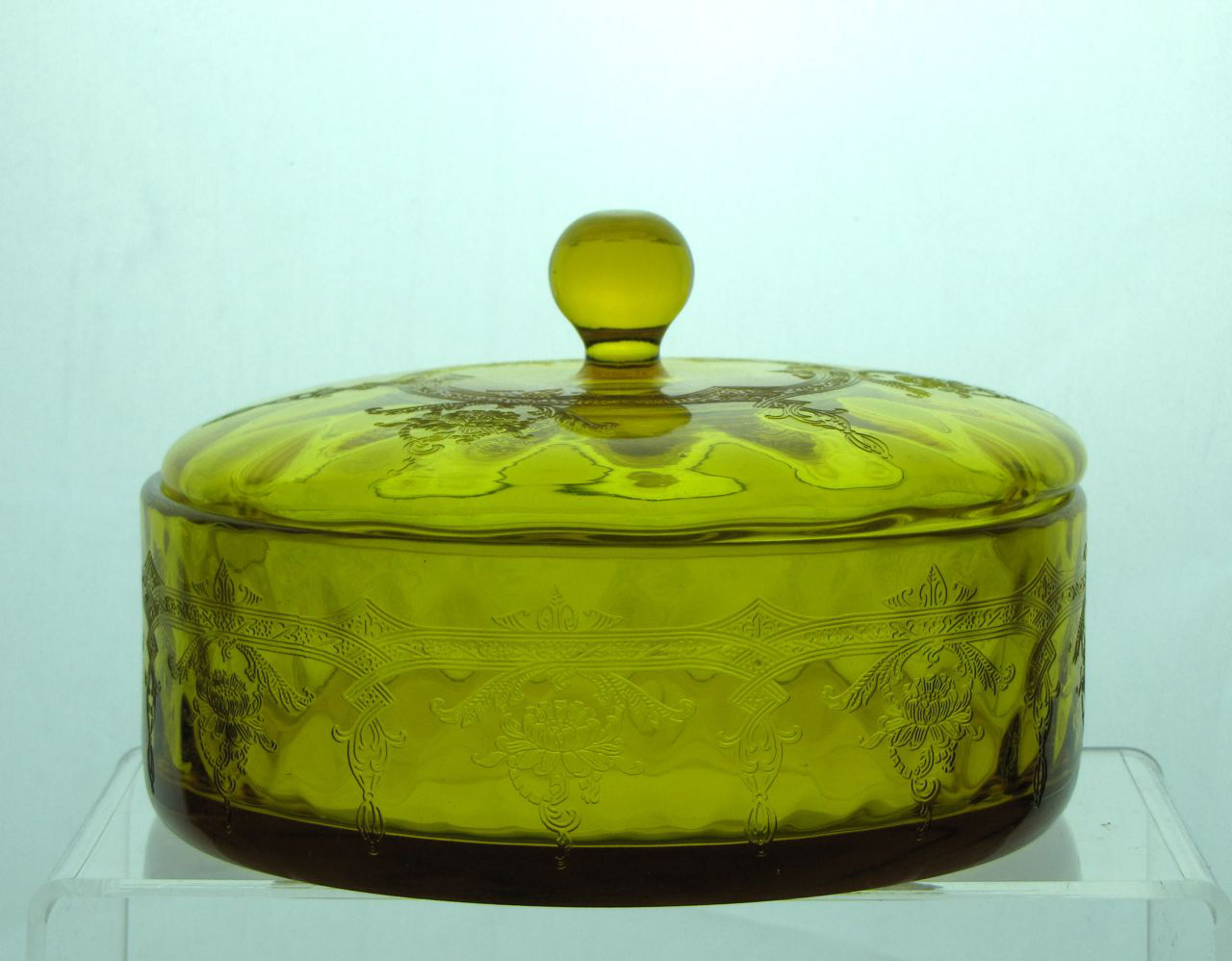 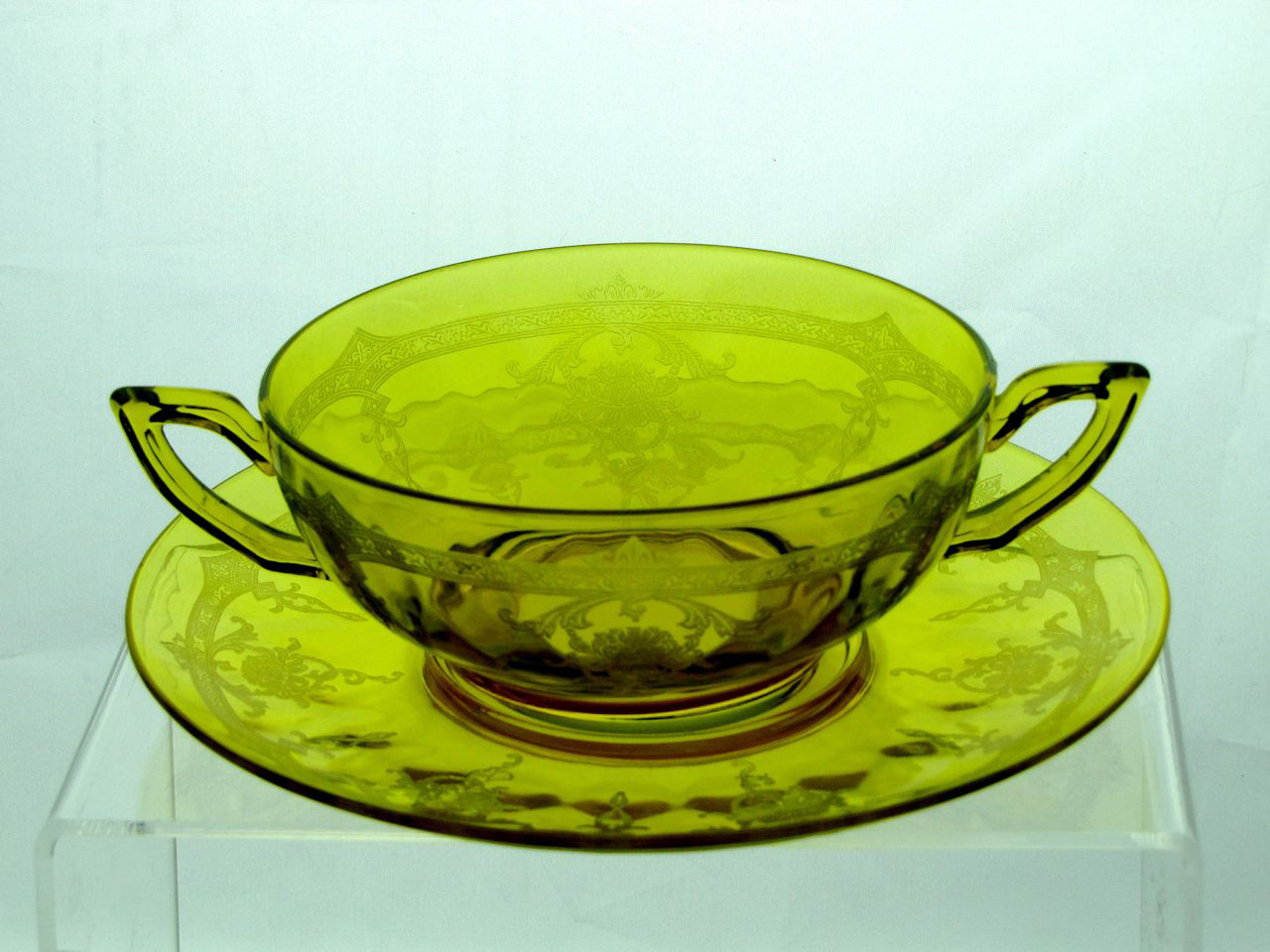 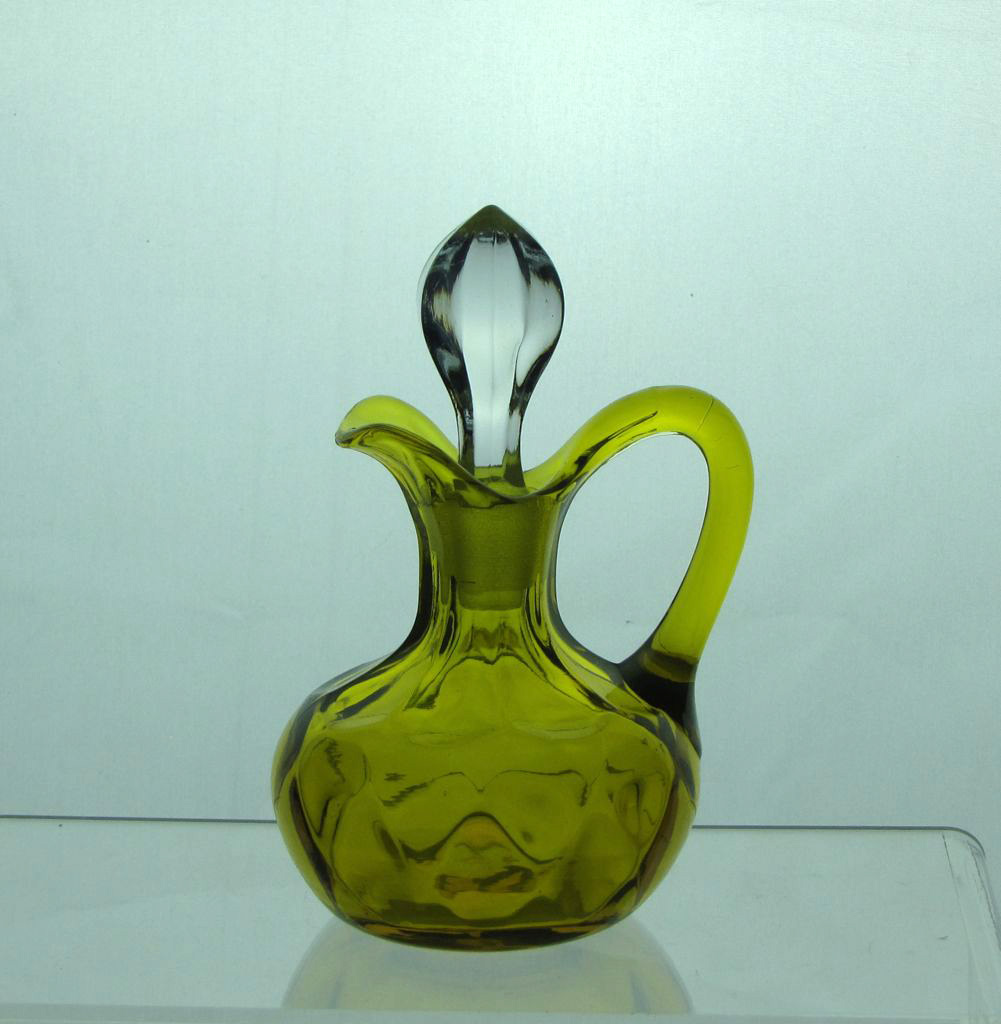 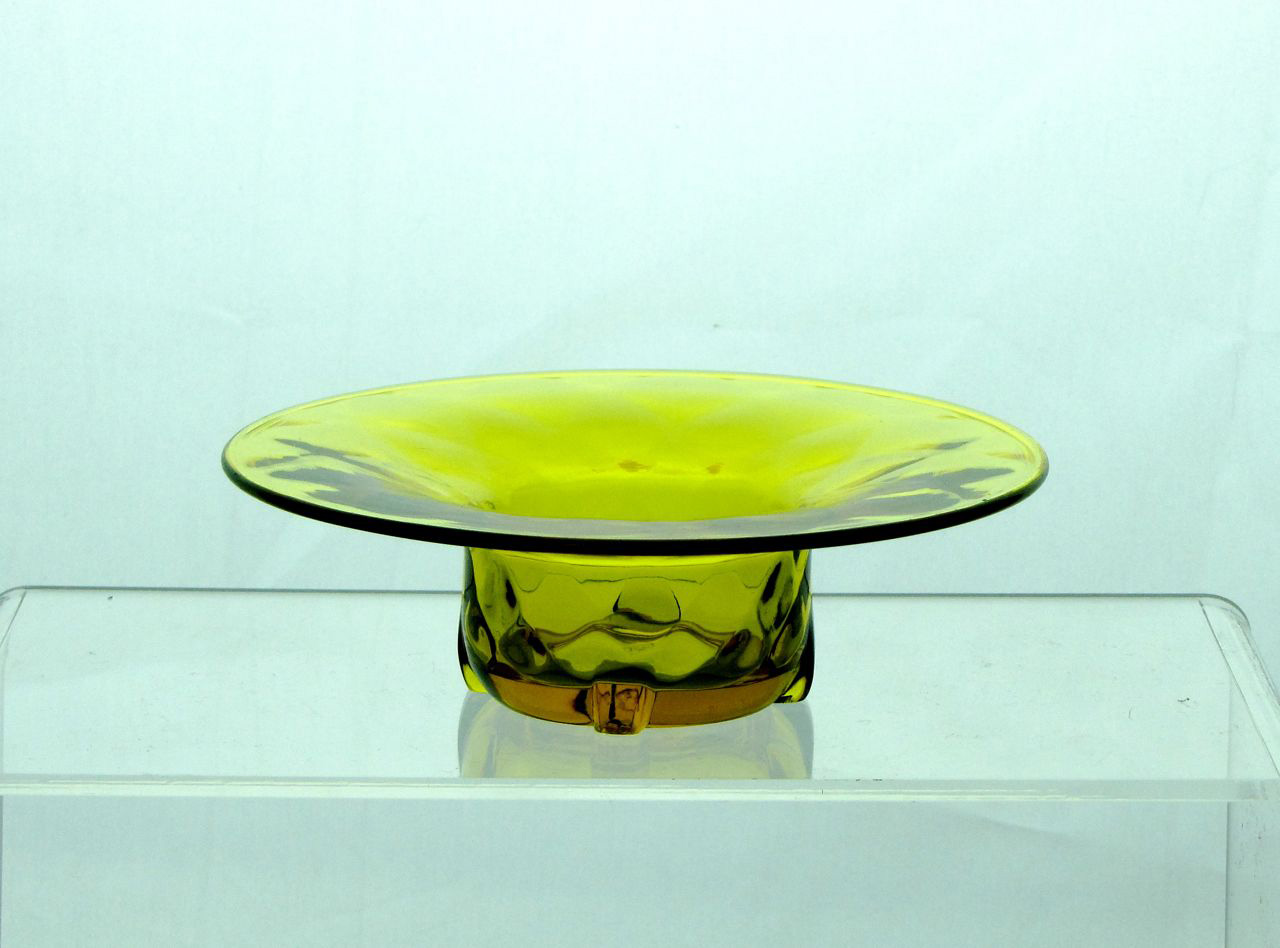 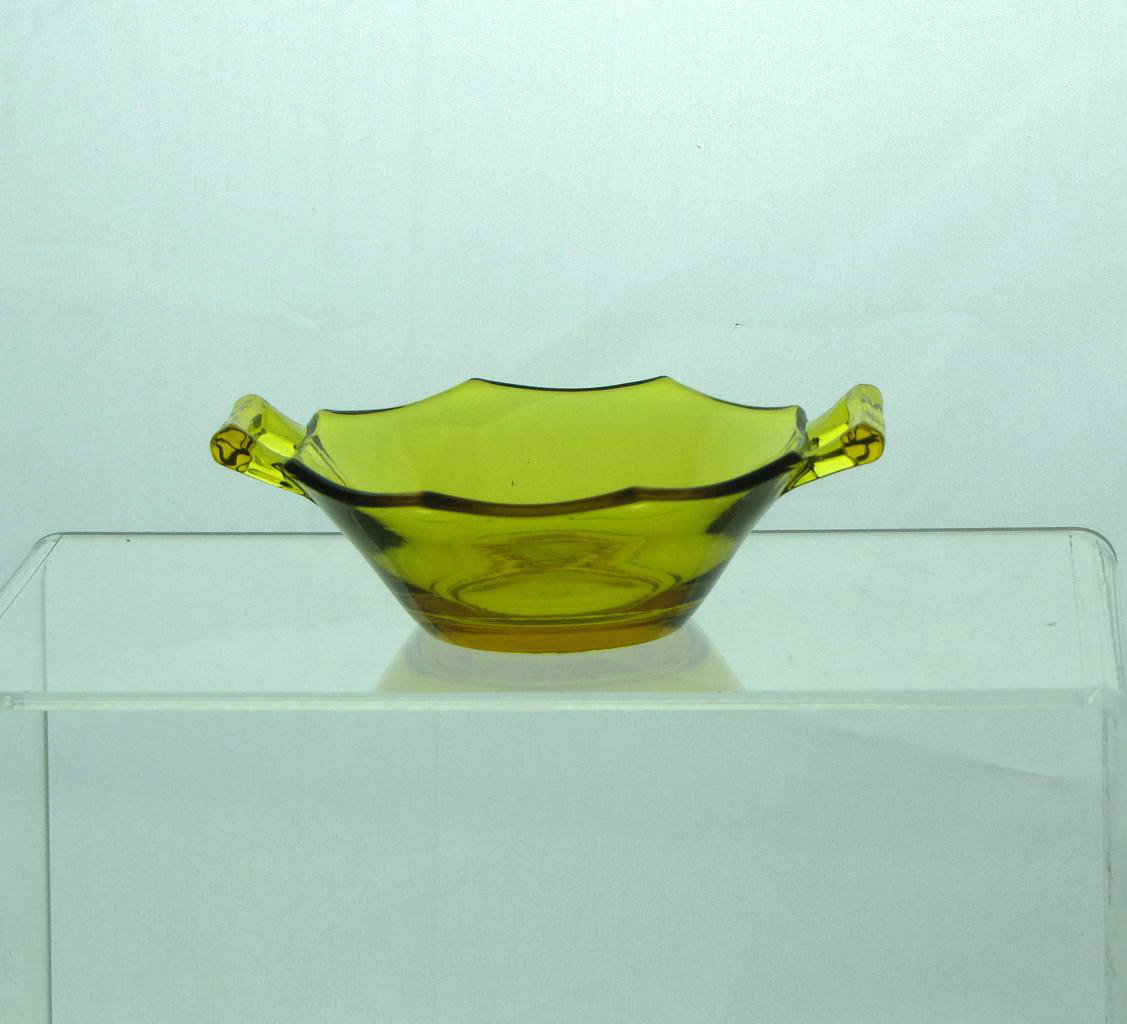 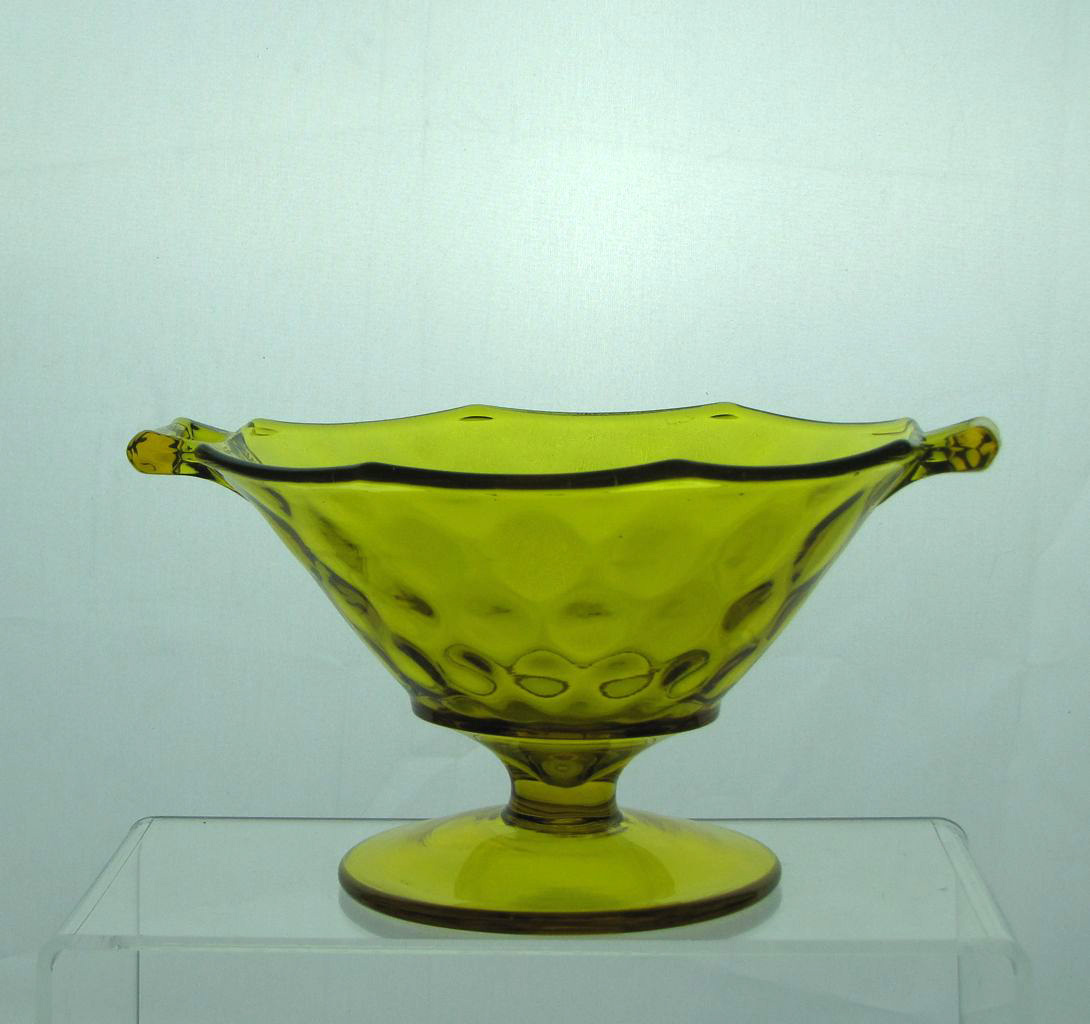 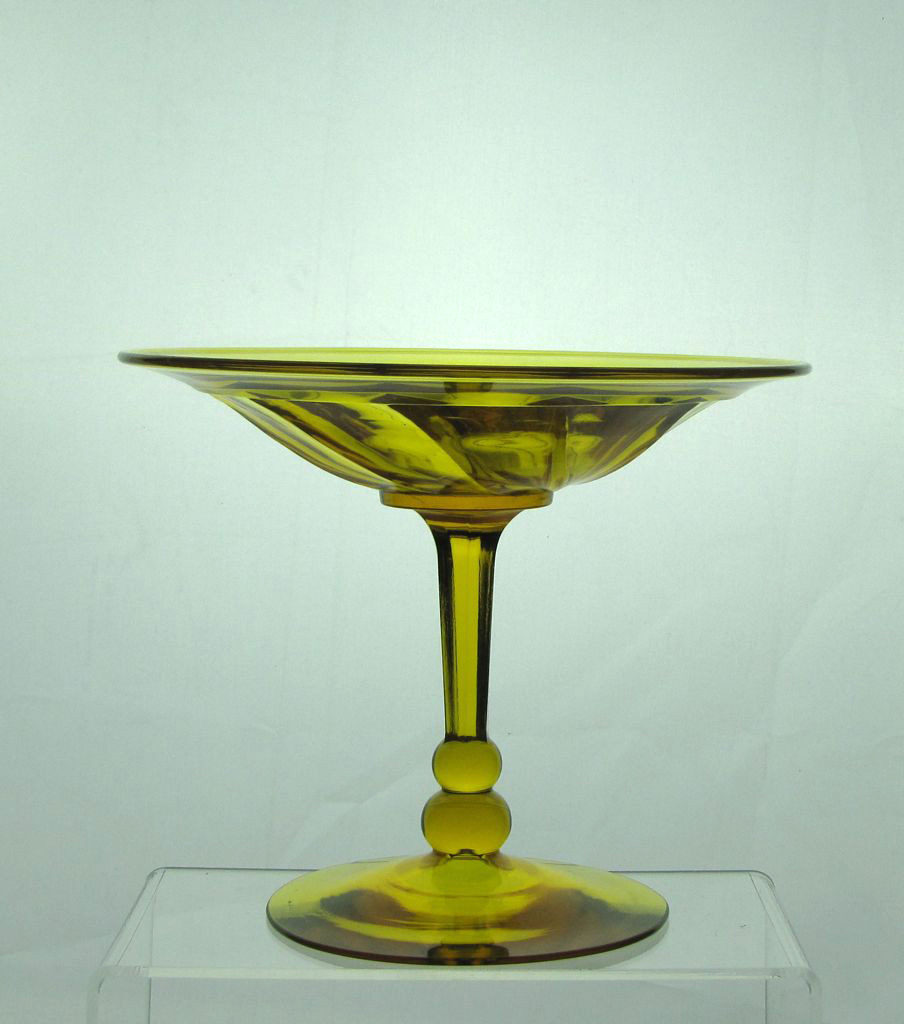 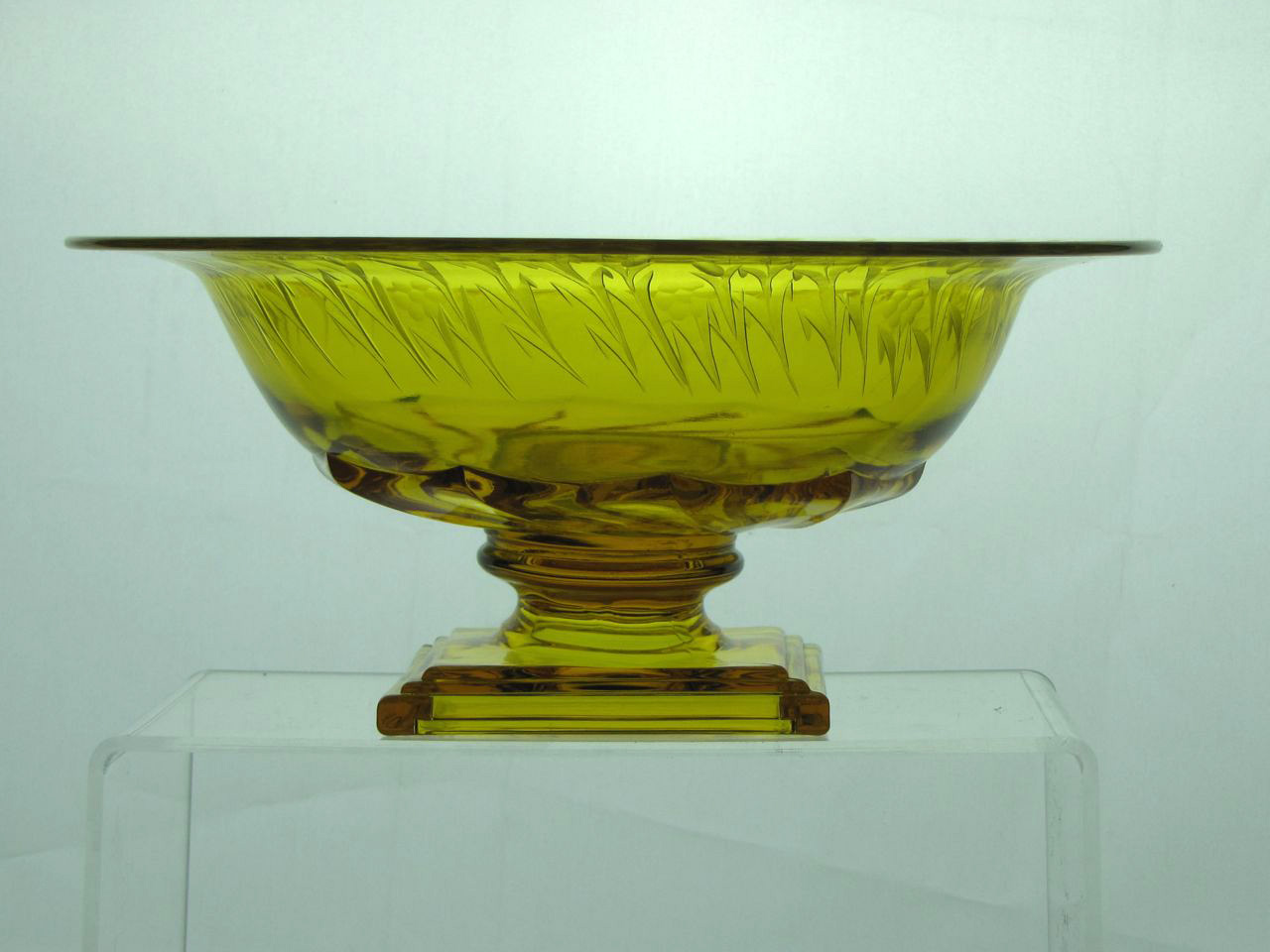 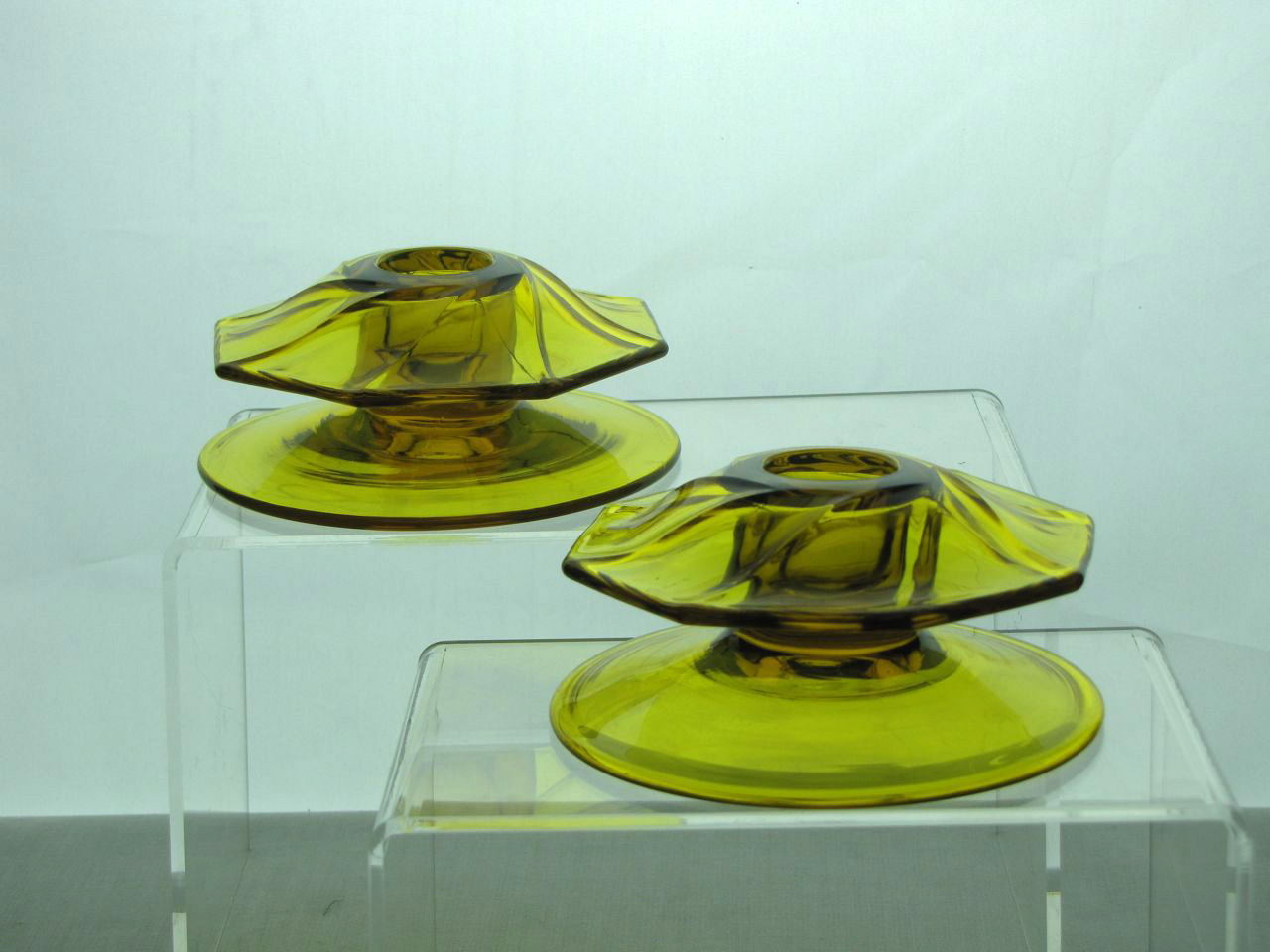 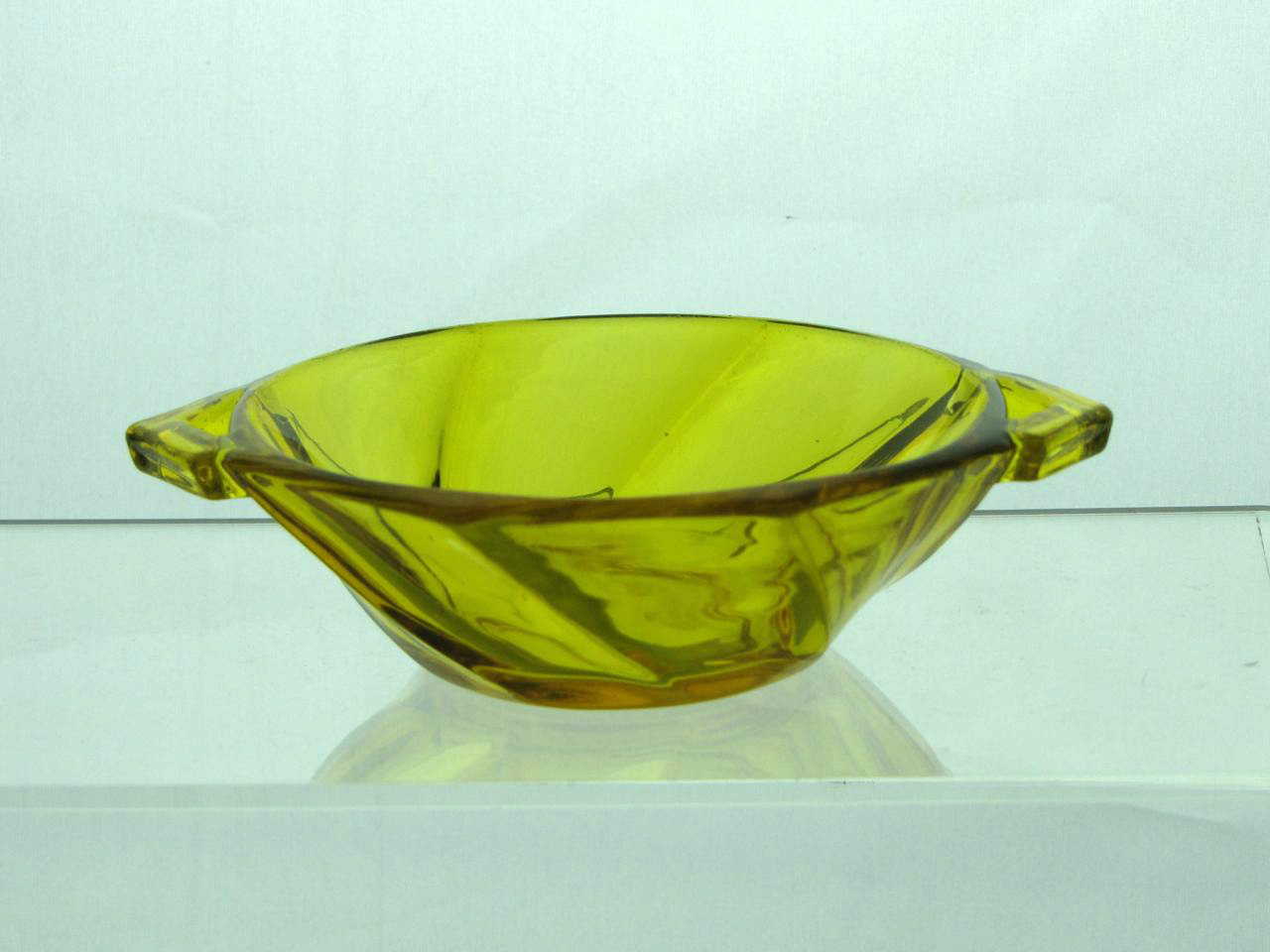 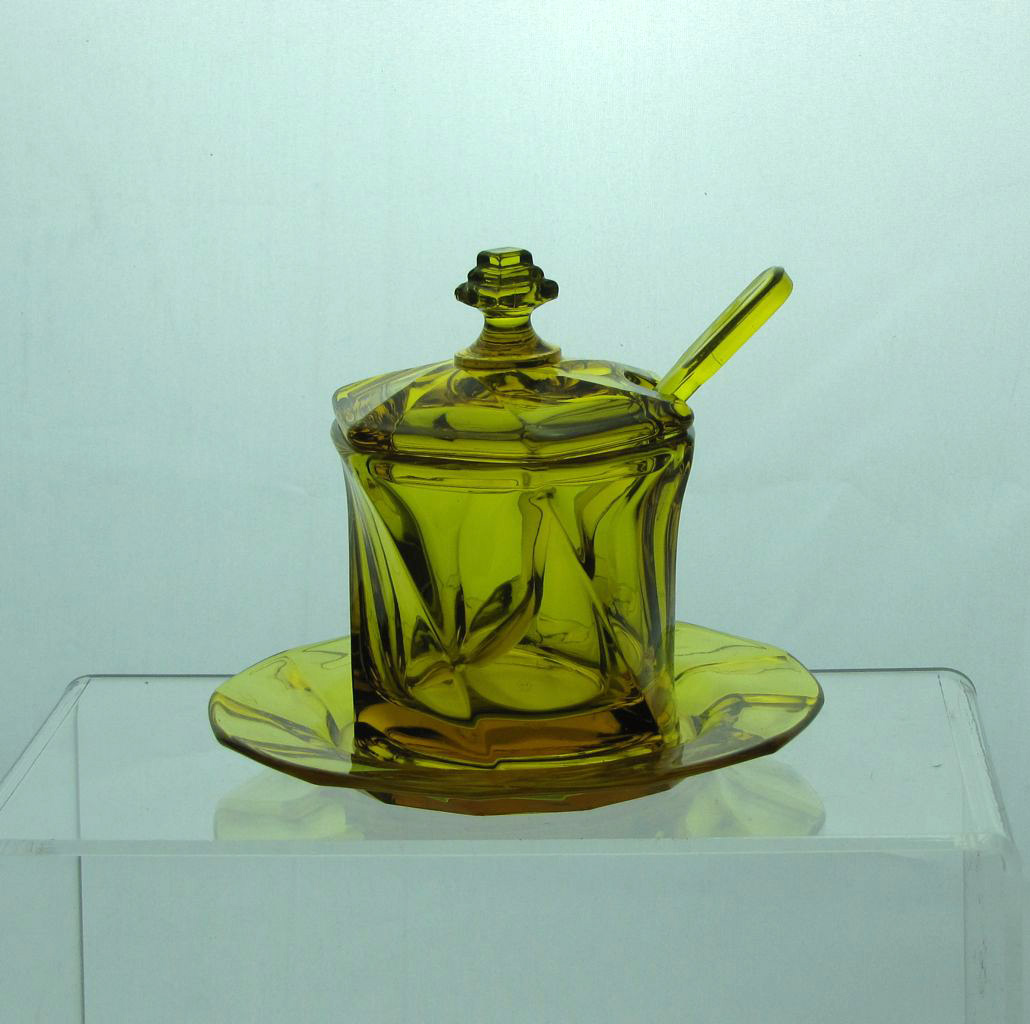 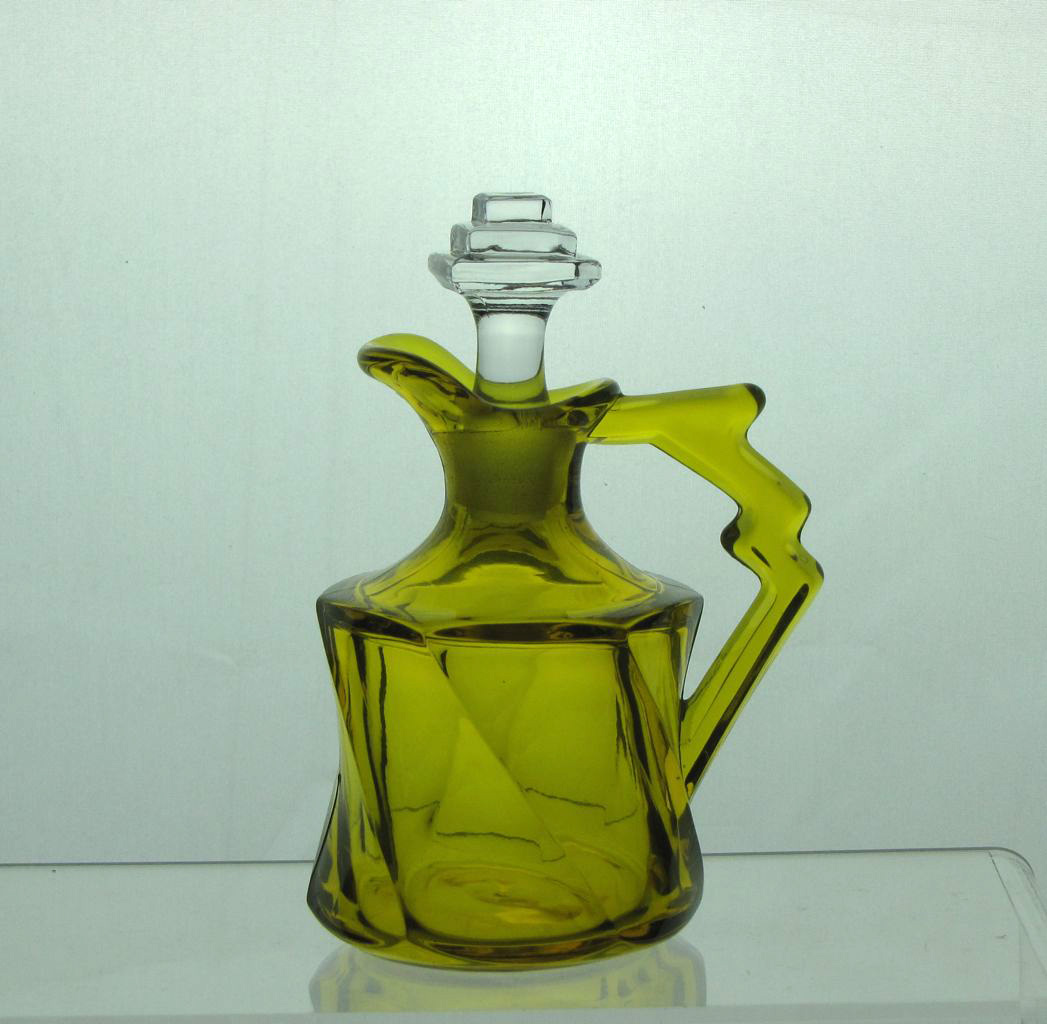 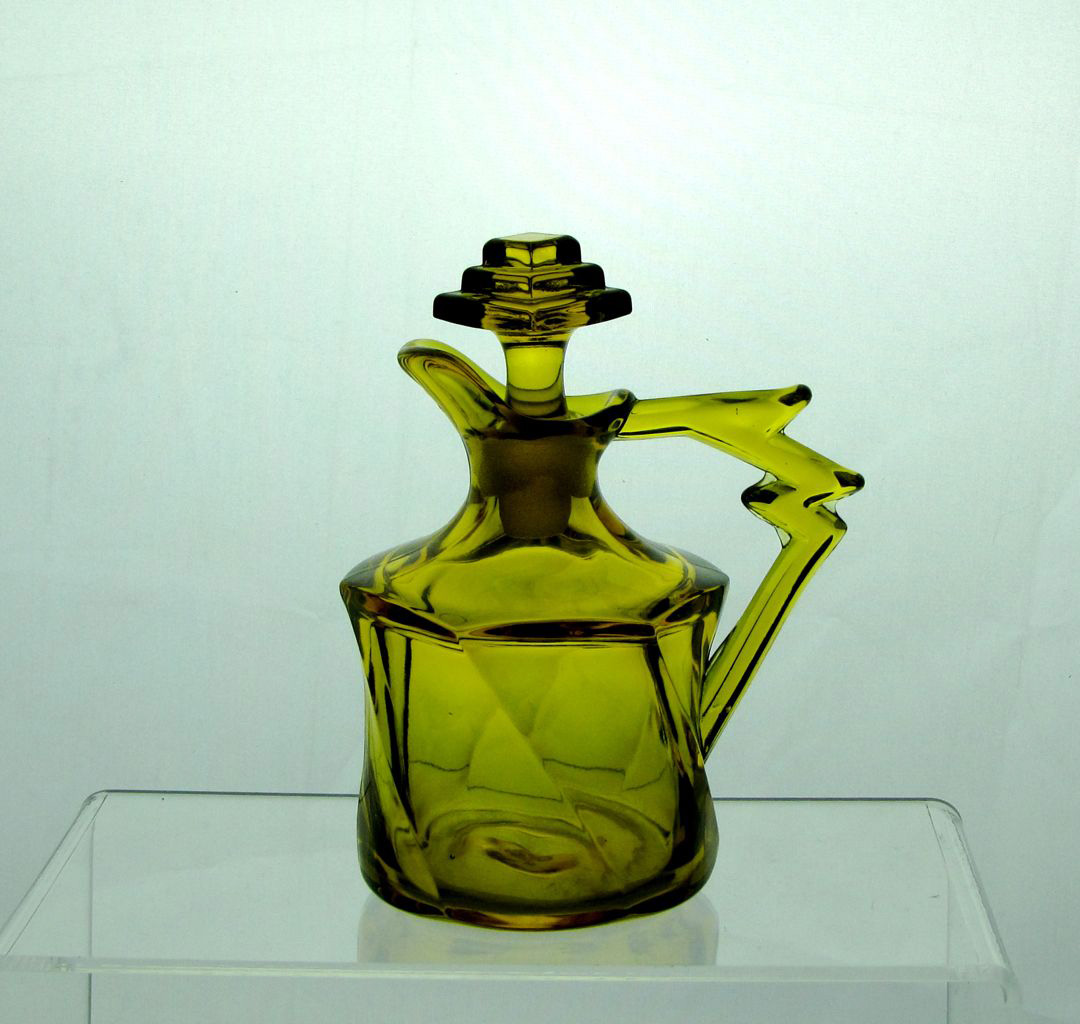 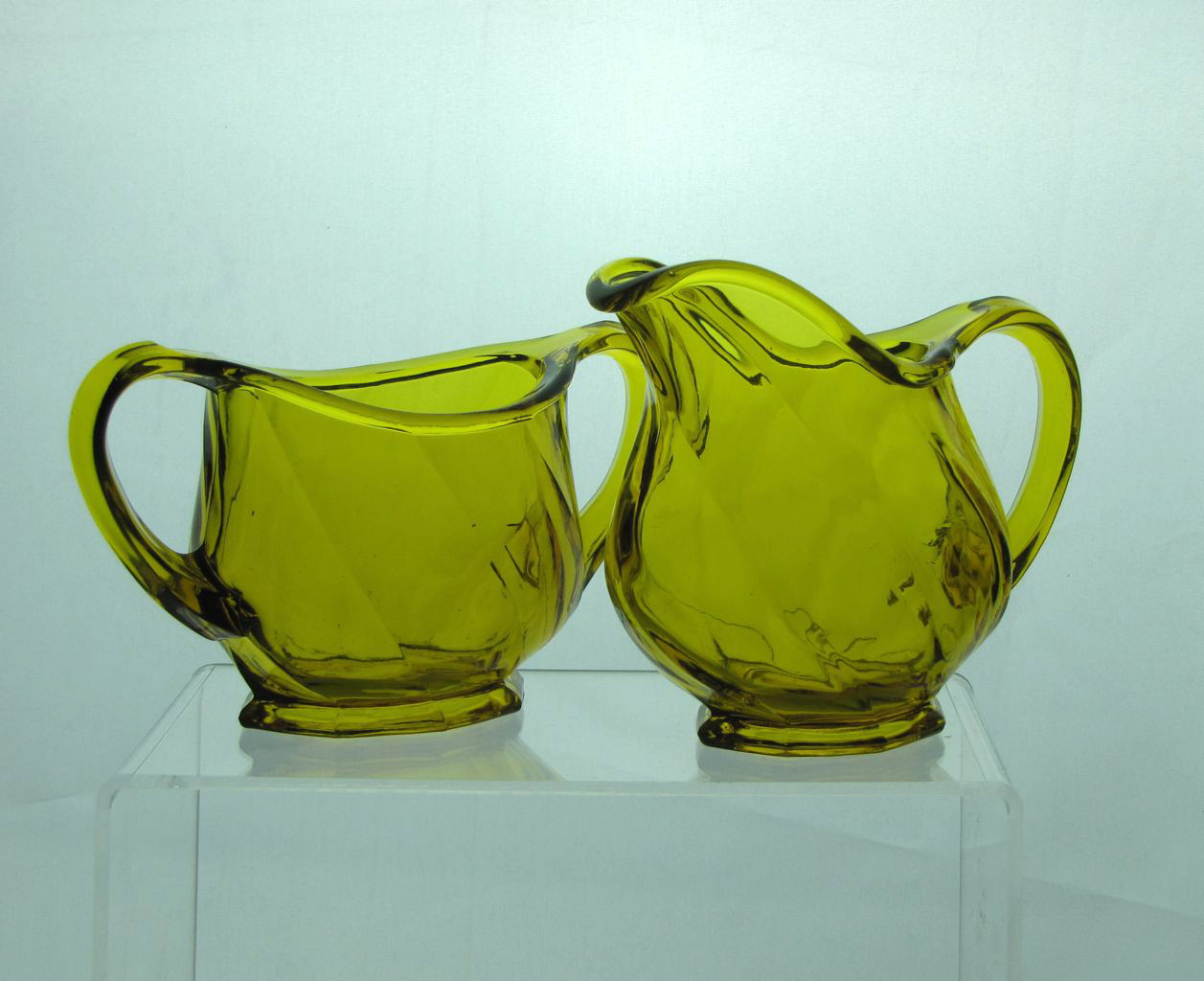 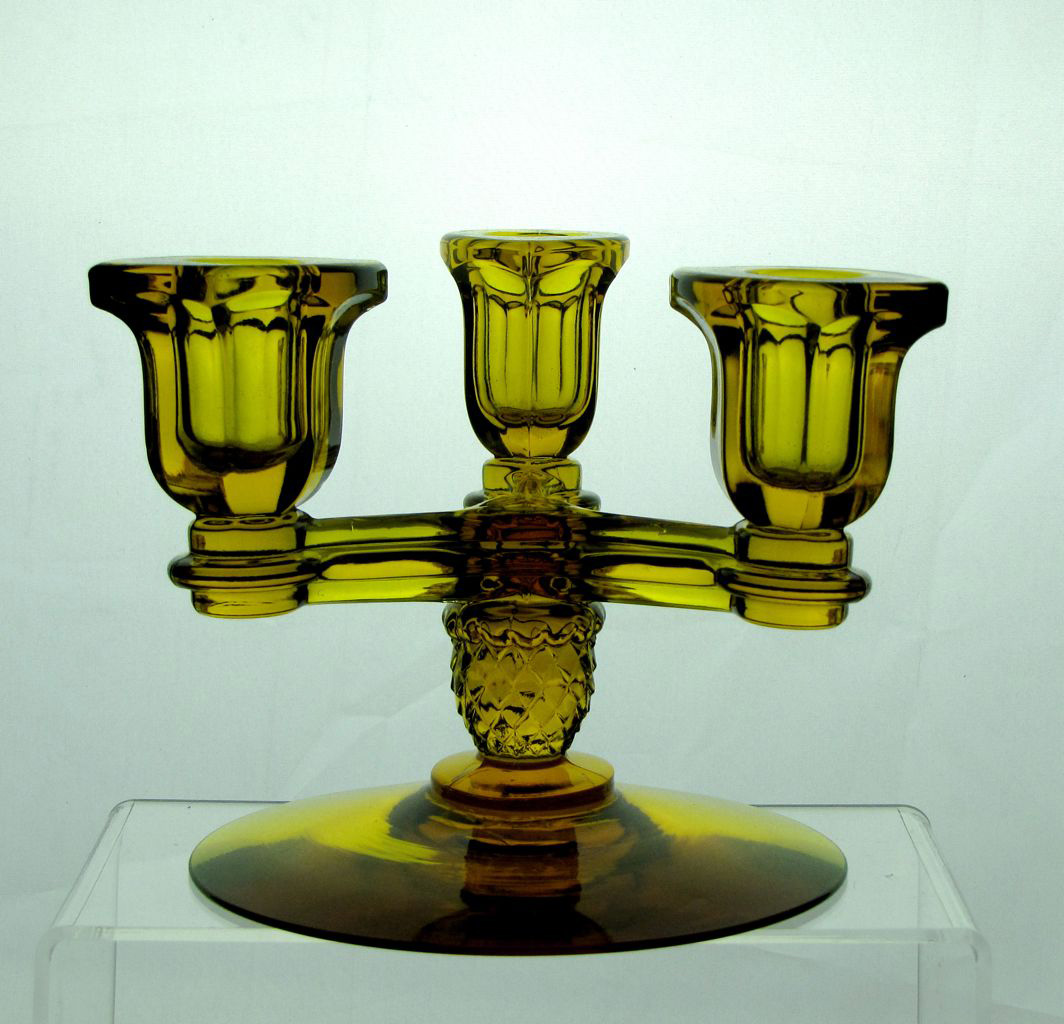 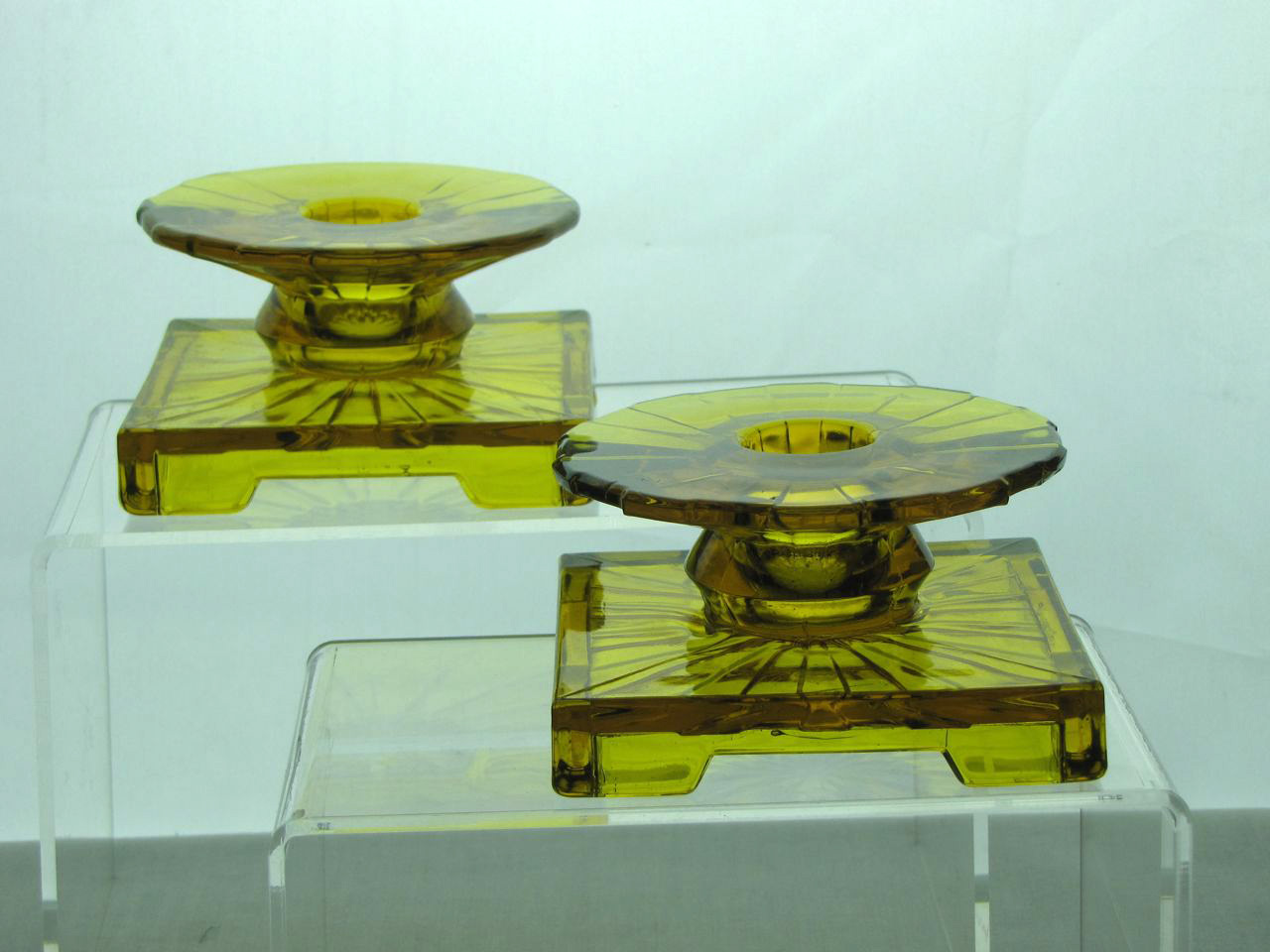 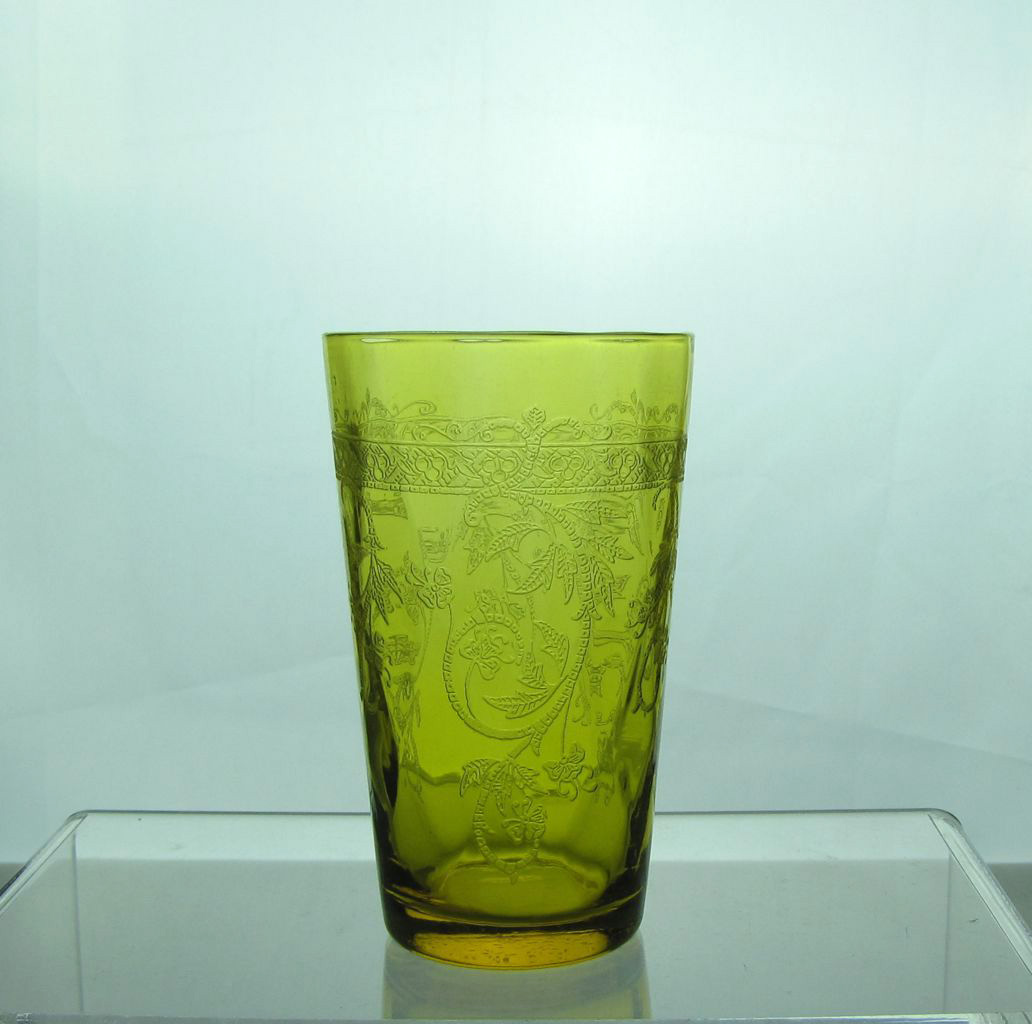 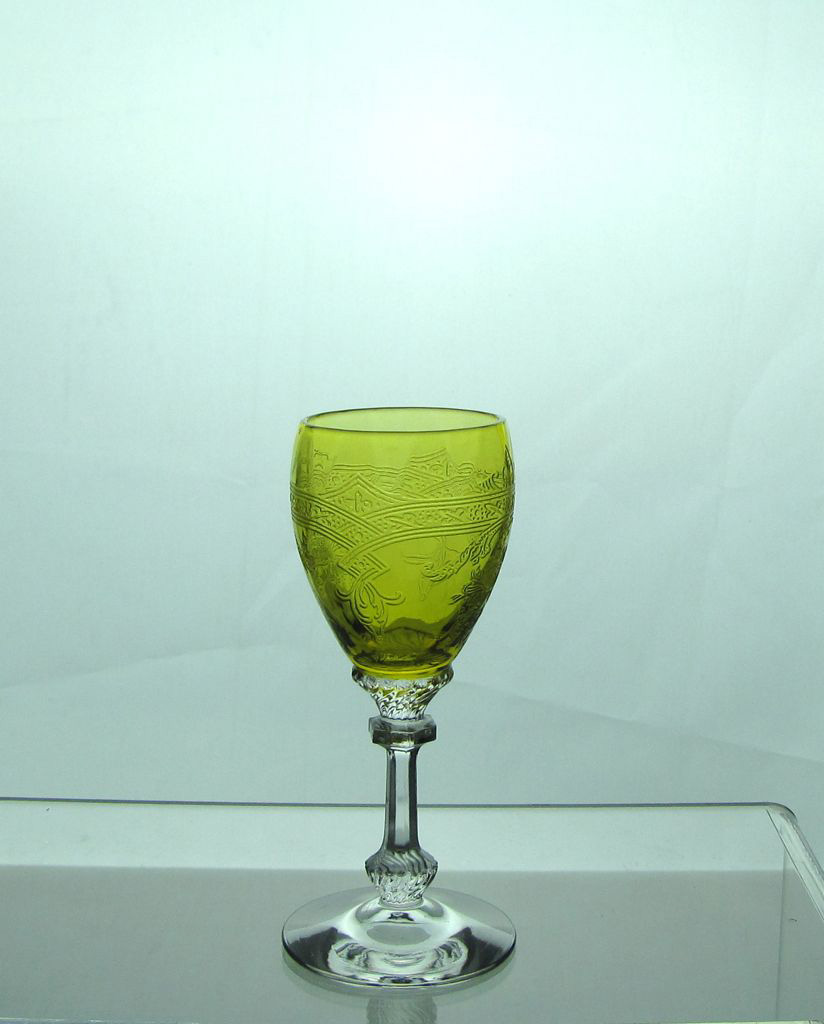 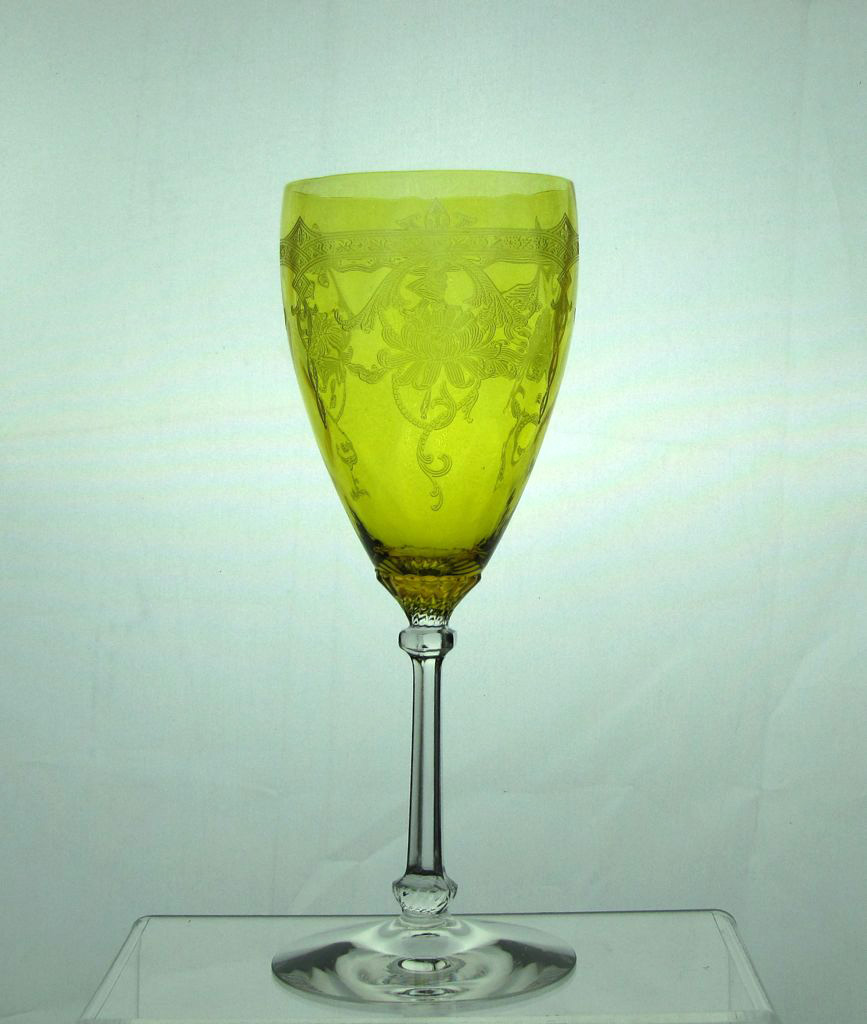 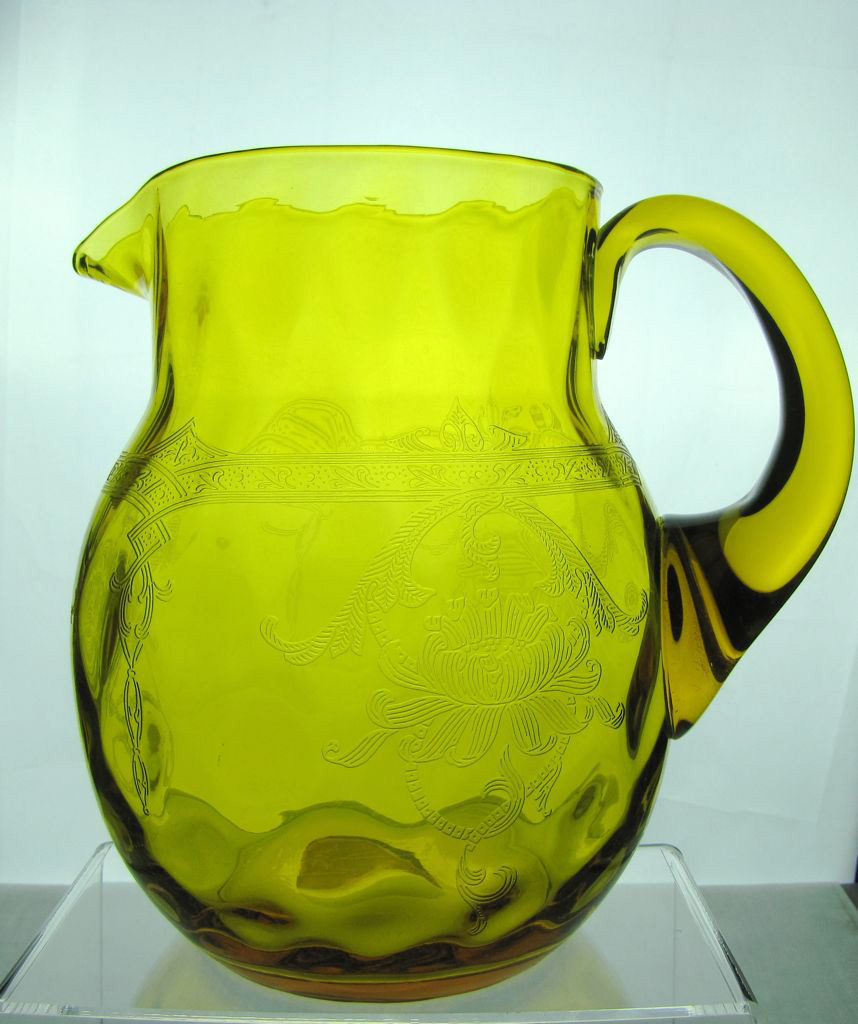 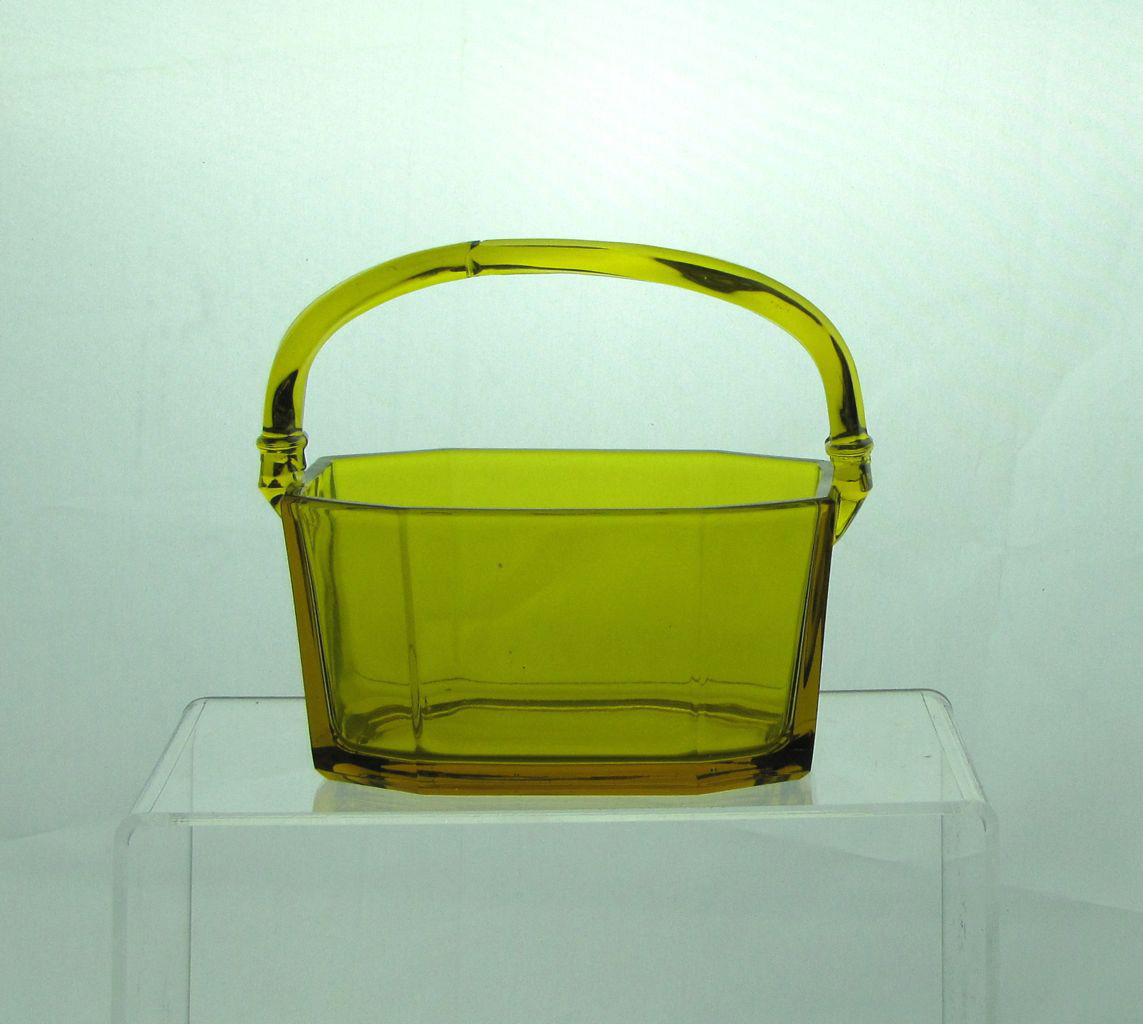 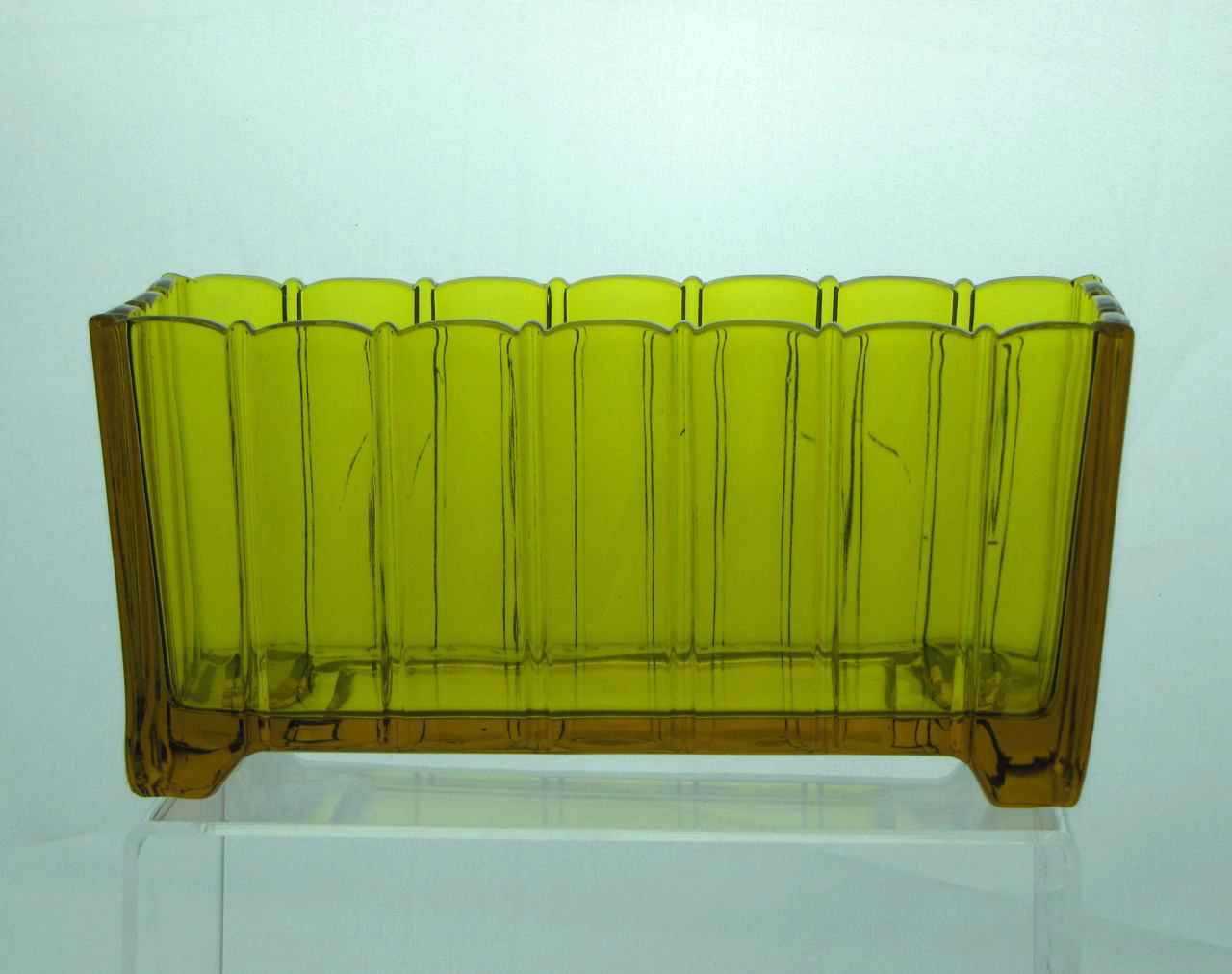 Photography by Michael Morgan of the Heisey Collectors of Texas